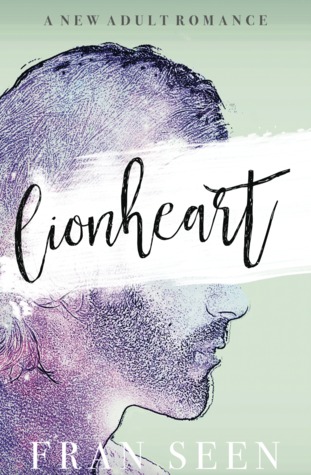 I’m a big fan of romance, recently my relationship with the genre has felt like inviting a trusted friend for dinner only to have them vomit on my shoes on their arrival and then proceed to stuff all my expensive cutlery in its bag throughout the evening. In short, I’ve been disappointed with the endless stream of romance featuring pathetic female leads, perfect but in a creepy way love interests and the endless affirmations of love the two inevitably spew at one another with all the searing chemistry of water and oil.

And now I’ve read Lionheart, and instead of being able to write off all romance books, I’m going to have to continue reading them because I now know there’s still good romance out there. So you can thank Lionheart for the lack of cancer cure or theory of the Universe I may have come up with had it not restored my faith in the genre and consequently robbed many future hours of my life I will now spend reading instead.

It’s a simple premise, a modern Beauty and the Beast featuring a Mr Rahim, a veteran ensconced in solitude, and Lula a strong willed graduate stuck between a realistic and optimistic attitude.

I’ve said previously that a key to a good romance is a heroine we can really get behind, and Lula really delivers here, she has flaws but, she’s got a good head on her shoulders , has a cheeky fun streak and most importantly sorts out her own damn problems.

I’ve also said before we have to be able to fall in love with our hero. I was worried at the beginning Mr Rahim would stray too far into creepy territory, what with the security cameras that are openly posted around the mansion he resides in, this problem is (mostly) sidestepped by the clever presentation and our insights into Mr Rahim’s perspective.

Besides, it’s pretty clear you’re not supposed to start by liking him, it’s something you grow into with Lula. This is where the book really shines, the budding relationship between the two, the pace at which it builds and the dialogues and jokes they share, it’s all done very well. These two don’t feel the need to disgorge nonsensical drivel in each other’s direction, they engage, they joke, they flirt,well, Lula flirts, Mr Rahim very much doesn’t. Their exchanges were actually fun to read (see, fun isn’t hard, I will never understand why fun loses in favour of miserable people being serious all the time).

You know what’s especially interesting, one of Lionheart’s characters is dealing with PTSD. But instead of having the characters complain about their lot for the entire book, they deal with it, have good days and bad days like what humans might have. This meant Lionheart was not only a sympathetic depiction, it was an interesting one, and the darkness that lurked in the corners of the character’s minds challenged rather than smothered the rest of the story.

The final thing that usually ruins romance for me is the thing that happens, you know the one I mean, where the two get together and become an amorphous blob, indistinguishable in their needs and desires. Lula and Mr Rahim, even after their relationship progresses, remain distinct individuals, all that changes is, rather than battling their demons alone they have each other to help. They complement each other well and the chemistry was fresh and interesting.

The rest of the book is fine, the other characters are rather 2D, the villain of the piece especially. But you know what? I didn’t mind that so much, sometimes it’s nice to have a villain with no shades of grey. Lionheart doesn’t ask the audience to pity the asshole because he was an orphan or some rubbish, he’s just a straight up waffle chomper, which made him cathartically hateable, and when his inevitable comeuppance occurred it was very satisfying.

The writing itself is very simple, and the drama at the end is a little overwrought to the point of silliness at times, but, I’ll say again, I don’t care that much. It’s not perfect but Lionheart put heart-warming enjoyment over everything else, and that I applaud.

For those wondering about the lack of video review this week, I’m currently working on 3 projects and studying part time. I’m finding myself putting off putting reviews up because the video’s aren’t done, and I don’t want to do that. So for now, I’m giving myself a break, and I’ll be back to additional video posts as soon as possible.