With plans to go to the Isle of Wight to following week I thought it made sense to stay in Southampton, and allow the experience to become more than a drunken blur.

I was directed, by a South African I met in the pub on my embarrassing bender, to some cheap parking near his house. Coincidentally he had the week off, and so took some time to show me various places, and a friend of mine, Frizz, visited for the week, so we took some time to really chill out and enjoy ourselves.

This came at a very convenient time for me as, in the streak of bad luck those who are following my blog might be starting to pick up on, my laptop refused to start, somewhat kneecapping my ability to work and post anything. Attempting to find a shop that would take it proved futile, so I decided to enjoy myself, and put it out of my mind for the time being.

Back to mini holiday talk.

Firstly, I have some food joints to recommend:

We had lunch in the Red Lion (the second oldest pub in England), which was pretty nice, less than a tenner for a steak and ale pie the size of my head; I can hardly complain. Another of our dinners was spent in this very fancy Chinese place called Shanghai 1814, it having only been open for four months South Africa hadn’t been before and so was determined to try it. It was pretty damn fantastic to be fair. Last but not least there was a Lebanese place, which was reasonably cheap with quite a simple menu, wraps and salads and things, but with fantastic sauces, their ‘Lebanese Sauce’ was to die for, all cuminy and warm. 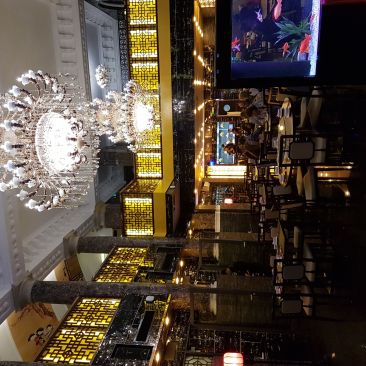 The shopping in Southampton I can also say I had good fun with, although my recommendation here means absolutely nothing since I am the type of person who shops maybe once every two months if she has to and, if dragged into town, will crouch in Waterstone’s like a bridge troll and refuse to come out.

Although, I say the shopping was good. I must admit we didn’t actually buy anything (we being myself and Frizz, South Africa was excused from this girly excursion). Instead we took a bottle of wine with us (classy, I know) and played a game that we used to play when we were teenagers. That is the game of going into the shop and picking a theme then dressing each other up based on the theme. If you haven’t played this game you should, I don’t care how old you are. It’s simple; go to a shop, pick your theme and try to make your friend look as absurd as possible. Themes can be anything; Mafia Wife (River Island), Daddy Buy Me A Pony (Jack Wills), Drunken Stripper (Ann Summers), or Sexy Man (we used Super Dry here but most men exclusive shops will do). There are loads more but I won’t bore you with a list. 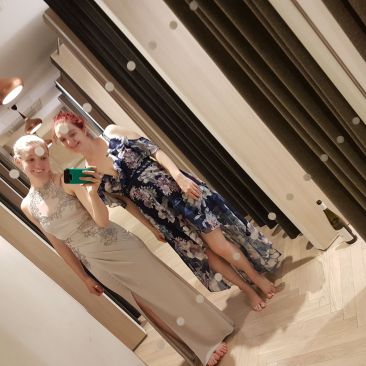 The game is extra fun if you take wine.

We also had, as one must when having a relaxing week with friends, a night out. Now a night out can’t really fail if you’re in good company, which we were, we had a nice time chatting. But I must admit the rest of it as a bit of a disaster. Fresher’s were starting to descend and, because of time constraints, we ended up going out on a Wednesday. The only place playing music was the Orange Room. Well, I say music, it just sounded like noise to me.

No I don’t care if I sound like an angry Grampa. 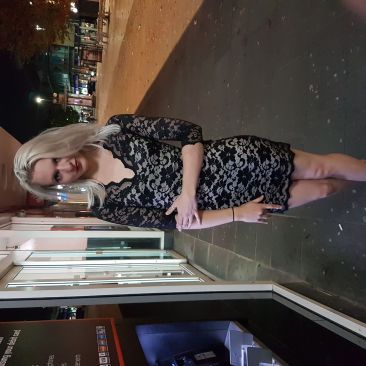 In the end we just ended up leaving when we couldn’t even get through a song without being groped and a particularly persistent Italian started following my friend around… always five steps behind, it was not dissimilar to a horror film.

We also (this being myself and South African +a friend of his) spent a nice afternoon playing mini golf.

I did not think, when it was suggested that this would be a particularly fun activity. But I haven’t played tiny golf in quite a while (one incident of crazy golf not withstanding) so I thought I’d go along anyway, since I had nothing better to do on a Sunday afternoon.

It was not only better than I thought it would be it was actually quite fun. We took some beers (I worry I’m giving off the impression of a raging alcoholic with the past two blogs I’ve posted, trust me, I’m really really not, this was a holiday week for me with my friends visit) and clogged up the holes. We let about four teams play through us, because we were fantastically slow. The first people we let play through actually finished the 20th hole by the time we were on the 5th.

But we got our money’s worth (especially since it was only like 3 quid), and it really is, if you let it be, just a nice chill activity to chat to some mates over, not dissimilar to pool or darts.

So there’s a suggestion for those looking for a cheap chill weekend; tiny golf. I can recommend the Southampton one, although I recommend going when I’m not there, since I will admit I did let out a loud swear or two in front of a family trying to enjoy some wholesome time together….

1 thought on “CFOA – Southampton, The Bit I Can Remember”